I’m sure you’ve seen the posts all over social media – you only have 18 summers with your kids before they go to college, better make the most of it! It feels like a cruel dig, if you’re a parent trying to work or stay home with your kids all day, coordinate summer camps, playdates, deal with sunscreen, bug spray, lost hats and sunglasses, watch your kids eat more food than you could imagine PLUS give them a magical summer vacation. It’s the kind of subtle threat, like ‘the days are long but the years are short’, that I talked about in this post. It’s all very well putting on your sunglasses, lying back drinking your rose, and remembering delightful summers with your kids when they were young, it’s a different thing if you’re living jet-lag, sunburn, and not enough popsicles in the freezer even though you went to the store two days ago.

I remember some magical moments during my summer holidays as a kid, like my 14th birthday, spent watching Bastille Day fireworks from a beach promenade in  France while eating waffles and Nutella. My fondest memories of summer holidays, however, are running up and down the streets with my school friends, squeezing the juice out of flower petals to make perfume, hiding in the gorse bushes and playing house, and spending a week solid with the curtains drawn watching Wimbledon on the TV with my Dad.

Red has been off school for 7 weeks now, with 5 to go; we’re solidly over the halfway mark and careening towards the finish line, and sometimes I panic and think ‘what have we done, really, with this summer vacation?’ We haven’t been camping yet, we’ve barely been to the pool, what kind of summer have I offered my kids? It’s so easy, the weeks leading up to summer vacation, to try and plan it all out; I know because I did it too, marking the 12 weeks on a calendar, putting in a camp, 2 vacations, weekly art class. Panicking at the blank spaces, desperately scared about how we would make it through. I understand the need to plan, to fill up those boxes to feel confident you’re doing everything you should be.

You know who doesn’t have planners? Kids. They live gloriously in the moment. Red, the kid I know who does the most forward planning, will sometimes ask about playdates coming up, but only because he’s desperate to see his friends. Think about what you enjoyed about your summers, think about who you were with (probably not your parents) and what you were doing (probably not camps, or organized activities of any kind). The feelings of freedom, of being your own boss after the routine of school, and of living without an agenda, I believe these are what kids find magical.

This summer we’ve done nothing academic, no worksheets or books, no math problems or flashcards. Which isn’t to say the kids haven’t learned anything. Red has written and illustrated countless books, and a short story collection (which, as his mother and an aspiring novelist, leaves me alternating between pride and guilt), Smalls has smushed wooden letters into playdoh and proudly named them. The point is, these activities were their choice, and they led to keeping their brains sufficiently active and ready for school next year without me intervening. I honestly believe that leaving kids to their own devices (not electronic all the time, there’s a good reason to put a limit on those!) will allow them to choose their own interests, and if we give them the time and space to explore them, plenty of learning will happen without them even being aware of it and in a way which is fun for them.

We’ve played endless board and card games, which have allowed Red to do some math, and learn how to lose gracefully (he’s the firstborn, remember!), and Smalls to work on pattern and shape and color recognition. We’ve laughed through round after round of I Have Never (warning: when you’re 6-year-old first asks you to play that game, don’t turn red, and be sure to ask them what they mean, it’s not as bad as you think!) which has allowed us to learn lots about each other and discuss moral and ethical situations that might arise without a parent ‘lecture’ attached. Red has had the opportunity to become more independent, going into stores alone while I sit in the car with an ever napping Smalls, and staying home for 5 minutes as I run Smalls to daycare. Most importantly to me, they’ve spent time together. So much time. If I listen, if I can’t help but hear because they are right next to me, their bickering drives me insane, and I’m tempted to (or I do) yell at them to stop. If they go to the playroom downstairs (blissfully out of earshot) they get on with it. I realize that while it sounds like bickering to me, they rarely fall out (those ear-piercing screams when it goes wrong do make it upstairs) and they are finding their own route through being siblings and making up games together. When they canter through the living room, shrieking, giggling, deep in their own pretend world, my first instinct is to yell, but when I stop to watch, my heart melts. 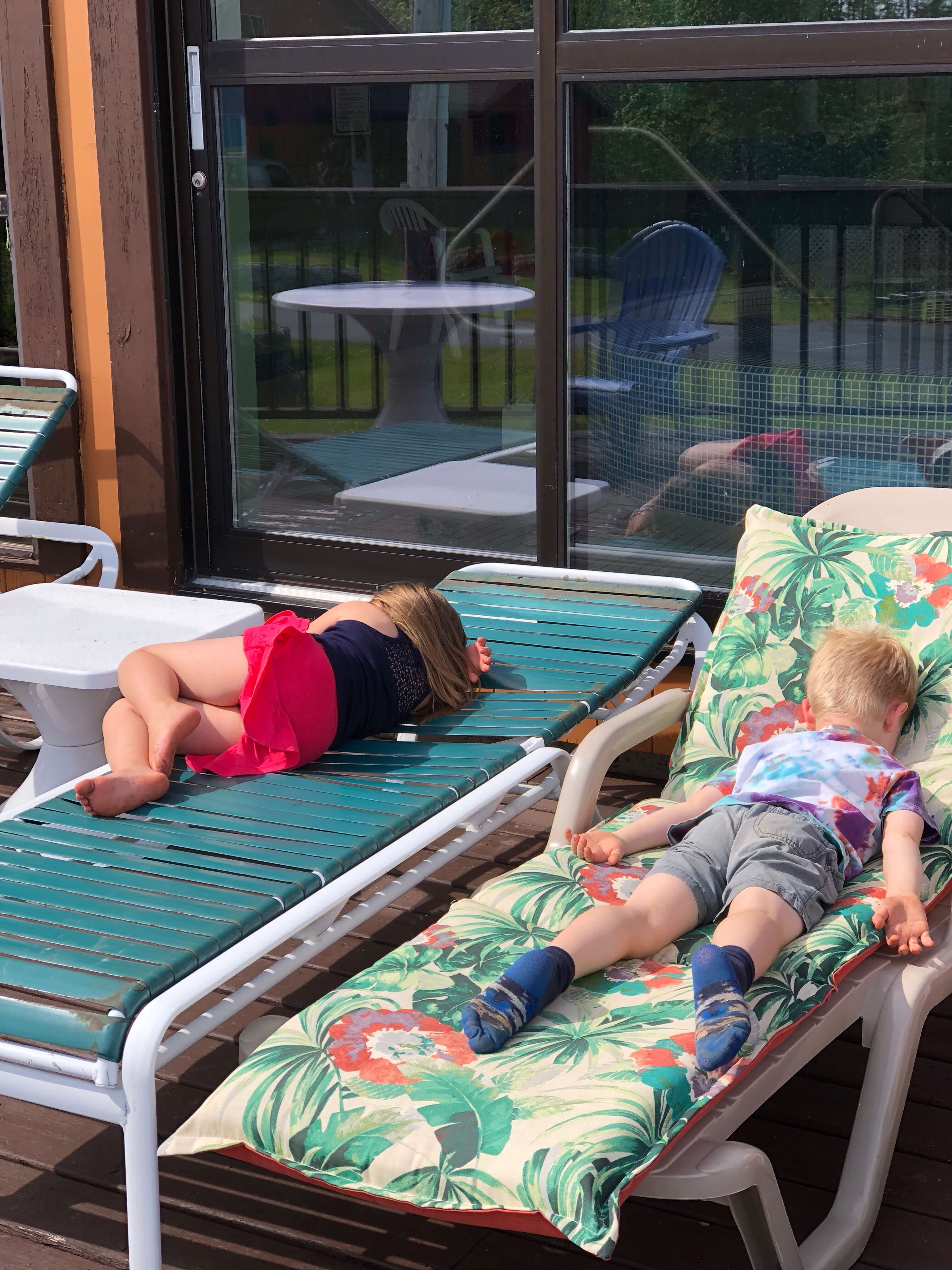 Those empty white boxes in the planner, they’ve been filled with things. Ordinary, mundane things, but immensely enjoyable to the kids. The best thing, the one I didn’t think of in my panic as I stared at the blank calendar before school was out, is that I rarely need to hurry them along. They get to do what they want, for as long as they want. Sometimes longer, and that’s okay too because then they figure out how to adapt it, how to make it work for them even after the initial shininess has rubbed off and they’re starting to get bored.

Sure, there are only 18 summers before your kids go to college. If they go to college. Maybe they’ll stay home until they’re 35 (please God, no!). And we shouldn’t really count the summers when they’re babies, they won’t remember them until about 3. So now we’re down to 15. And I’ve yet to meet a 17-year-old desperate to spend quality summer time with their parents. So now we’re down to, what, 12? If we carry on like this, we’re going to whittle away the opportunity to enjoy time with our kids now, by worrying our future summers away. Don’t stress about how many weeks are left. Don’t panic about what you haven’t achieved yet. And whatever you do, don’t compare the last 8 hours during which you’re kids have done nothing but eat snacks and watch TV to those photos on Facebook of families having amazing vacations and spontaneous trips to cool places. 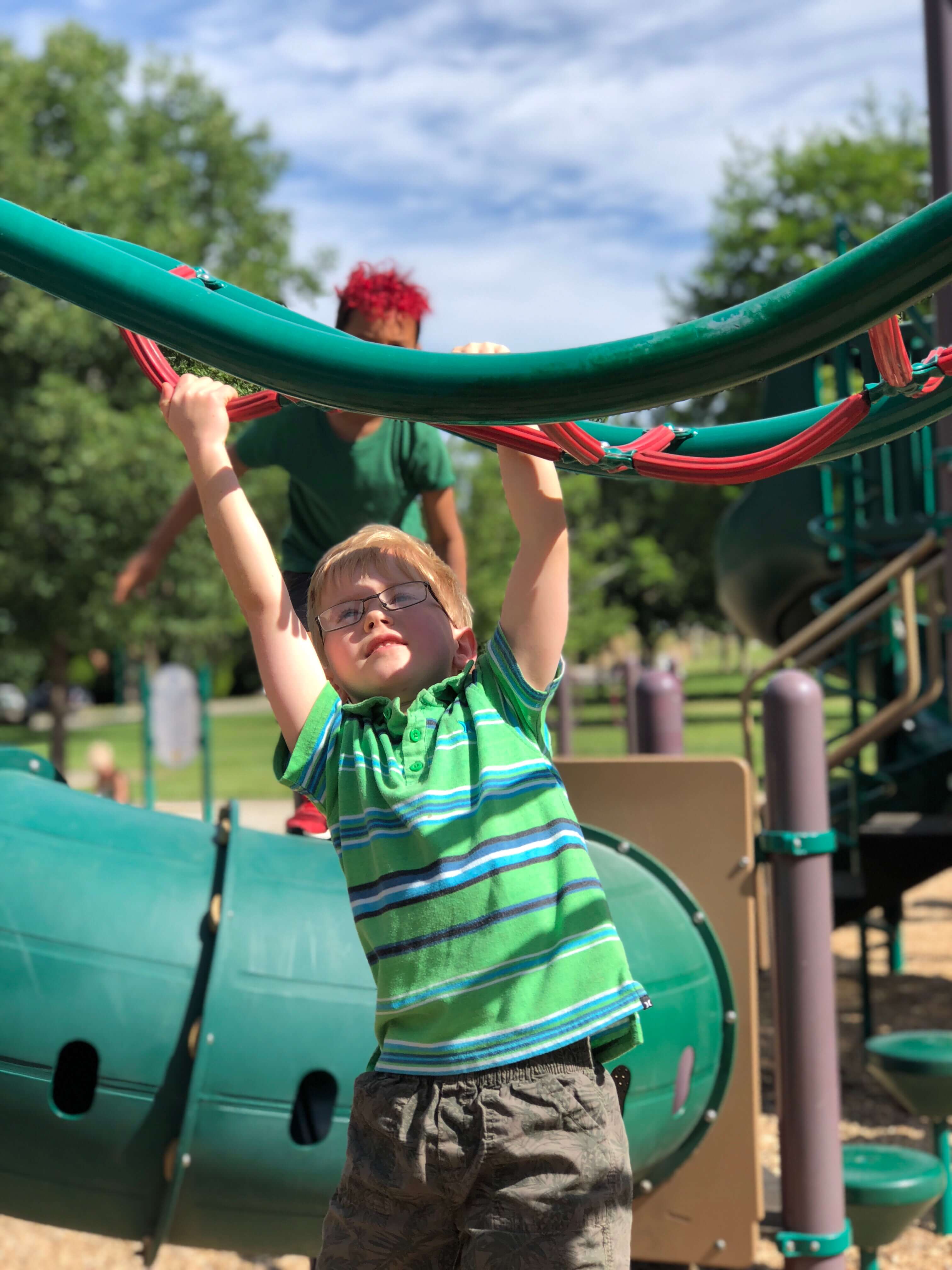 If every minute of the summer is ‘memorable’, nothing will stand out. Other than a ridiculously stressed and frazzled parent, desperately comparing each day to some illusionary high bar of fantastic summer vacation time. Give your kids the luxury of as little ‘memorable’ moments as you can get away with, no herding them here and there for great events, no pushing them to get up early, or stay up late, no hustle to move onto the next preplanned activity, no forcing family photos to prove your summer is the best yet. Spend time with them when you can,  and let them spend time doing their own thing when they want. And while you’re watching them soak up the here and now, with no concern about what comes next, maybe try doing it too. What if, instead of us showing them how to have the best summer, we let them lead the way, and we follow. Let them pull you into the magical world of right now, and I’m certain you’ll find yourself appreciating your family and life in a whole different way.